Atlético Madrid try to speed up the signing of Adán

Antonio Adán is wanted by Sporting Club de Portugal, Barcelona and Getafe and Atlético Madrid want to seal the deal as soon as possible as competition for Jan Oblak.

Atlético Madrid continue their drive for signings for the upcoming season. This time, the objective is signing a back-up goalkeeper and they have zoned in on Real Betis' Antonio Adán. The player's contract finished in 2019 and Atlético Madrid are keen to seal the deal with Barcelona also reportedly interested in the 31-year-old.

The deal could be done in the next few days for €2 million for three seasons. Barcelona and Atlético Madrid are not the only teams interested in the keeper's services. Sporting Club de Portugal and Getafe are also keeping an eye on the situation.

Competition for Jan Oblak is important and they also want to send Axel Werner, 22, out on loan in order to get the minutes he won't get at Atlético Madrid. 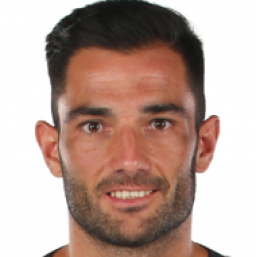