Betis closing in on €20m deal for Sporting's William Carvalho

The Sporting Lisbon midfielder is under contract until 2020 but is one of many who has elected to leave the José Alvalade this summer.

Sporting Lisbon defensive midfielder William Carvalho is reportedly on the verge of joining Real Betis in a deal worth 20 million euros.

Portuguese daily Record states that Carvalho, 26, will make the move to LaLiga as one of a number of players who are set on leaving Sporting this summer following an institutional crisis at the club that culminated in an attack on players and staff by around 50 hooded ultras towards the end of last season after former president Bruno de Carvalho, who was ousted in an unprecedented vote of no confidence last month, threatened to suspend the entire first-team squad after the Europa League defeat to Atlético.

That prompted at least nine players to announce they would be renouncing their contracts at Sporting but as Carvalho has a deal running until 2020 Betis have decided to make an offer to stave off interest from other parties.

Carvalho set for Liga move after years of speculation

Carvalho has 47 caps for Portugal and played in every one of their World Cup games in Russia. He has often been linked with a move to the Premier League but Betis, who will be in European competition next season after a fifth-placed finish in LaLiga, are the front-runners for his signature.

Defensive midfield was one area where Quique Setién had no cover last season, with Javi García shouldering the responsibility in that area of the pitch alone. 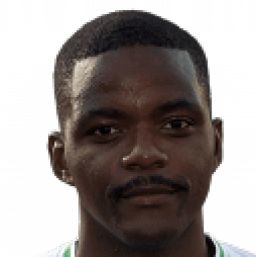