According to Corriere dello Sport, the player's agent has already met with the Lazio president to present Real Madrid's offer for the Serbian midfielder.

Sergej Milinkovic-Savic will leave Lazio this summer for Real Madrid. This is according to a report by Italian newspaper Corriere dello Sport, which states that the player’s agent and ex-Atlético Madrid footballer Mateja Kezman has had dinner with the president of the Italian club to present Real Madrid's offer for the Serbian striker.

While Milinkovic-Savic is one of the hottest properties in Europe after an impressive season in Italy, Real Madrid will be expected to bring in a bigger name should Cristiano Ronaldo leave for Juventus. But supposedly, the Madrid club is waiting to tie up the Ronaldo deal before it makes a move to buy the likes Neymar or Kylian Mbappe as a replacement for the Portuguese striker.

In the meantime Florentino Perez is willing to pay Lazio up to 155 million euros to secure the signature of the Serbian player, who has been in of interest to ‘Los Blancos’ for quite some time. 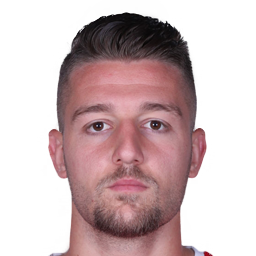