AS understands that the Premier League club's new head coach is eyeing the midfielder, although the Gunners are yet to make a formal offer.

Arsenal head coach Unai Emery is interested in Barcelona's André Gomes and has enquired about the midfielder several times in recent weeks, AS understands.

Gunners yet to submit formal offer for Barcelona flop

Gomes has flopped at Barça since joining from Valencia two years ago - with his poor form seeing him miss out on Portugal's 2018 World Cup squad - and does not look to be in Blaugrana boss Ernesto Valverde's plans for next season.

Having taken over from Arsène Wenger this summer, Emery is busy remodelling the Gunners' squad in his image, and Gomes is not only seen as a good footballing fit, but is also thought to have earned positive character reviews in North London.

However, the Premier League club are yet to table a formal offer.

In what is a clear indication that Barça are preparing to offload Gomes this summer, the Barcelona-based newspaper Sport today revealed that the 24-year-old will not be a part of the club's pre-season tour of the United States.

Fellow midfielder Paulinho's surprise return to Guangzhou Evergrande at the weekend had appeared to raise the possibility of room still being made for Gomes in next term's squad, but the Catalans are seemingly keen to cover the Brazilian's departure by signing Paris Saint-Germain's Adrien Rabiot.

Although Barcelona will certainly be ready to settle for a transfer fee lower than the 35 million euros they paid to take Gomes to the Ciudad Condal, it remains unclear exactly what price tag they are likely to place on the player. 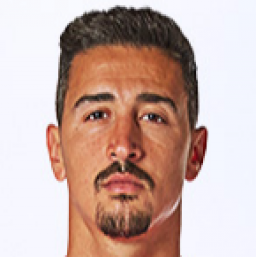