Albiol: "With Ronaldo, Italian football can get back to being like it was in the 90's"

Albiol says the signing of Cristiano Ronaldo for rivals Juventus will increase the overall interest in Serie A and help Italy get back to the top of world football.

Spanish defender, Raúl Albiol, shared the same dressing room with Cristiano Ronaldo for four years and says that the signing of the Portuguese increases interest in Serie A wholesale.

"When a champion like Cristiano Ronaldo arrives in our league, it's obvious that all of Serie A generates more interest," said Albiol in an interview with Radio Kiss Kiss.

He said, "Italy can get back to being like it was in the 90's, when many winners wanted to play in Serie A."

Albiol signed with Real Madrid in 2009, the same year as the Portuguese and they won a La Liga title, a Copa del Rey and a Spanish Super Cup together.

At Napoli, he will play with his compatriot, Fabian Ruiz, who recently signed with the club. "Fabian is a massive talent, and at Betis, he showed his quality and I am sure that with us, he will do important things, because he is young and has a great future." 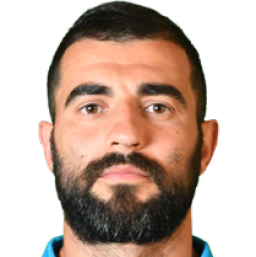