Courtois to Real Madrid: Chelsea replacement the only hold-up

The Premier League club are reportedly unwilling to let Thibaut Courtois leave until they have brought in a replacement for the Belgian.

Real Madrid look to be closing in on the capture of goalkeeper Thibaut Courtois, with the signing of his replacement at Chelsea now seemingly the only hold-up.

The ex-Atlético man wants to return to the Spanish capital, where his two children live, and Chelsea are thought to be ready to sell the player, who has just a year left on his contract, for a fee of around 40m euros. According to reports in his native Belgium, Courtois will pen a five-year Real deal worth 12m euros a year, and is currently awaiting further developments from the Spanish island of Tenerife.

However, Sky Sports says the Blues don't want to let the 26-year-old leave until they have brought someone in to take his place.

Properties in Madrid have been getting the once over from Chelsea goalkeeper Thibaut Courtois 🇪🇸🏡👀https://t.co/5I2aQjWo9D

Schmeichel considered as Liverpool close in on Alisson

The club's chief initial target was Roma's Alisson, but Liverpool look to have won the race for his services after agreeing a reported fee of 75m euros for the Brazil international, who was due on Merseyside today for a medical. This has led Leicester City and Denmark's Kasper Schmeichel to emerge as an alternative, particularly in the wake of his stellar displays in the Danes' run to the World Cup last 16.

Part of the Leicester side that memorably won the 2015/16 Premier League title, Schmeichel is, like Courtois, a tall keeper (measuring 1.89m to the Belgian's 1.99m). Now 31, he has proved a late bloomer and, with the custodian said to be keen on the opportunity to prove himself at a major club, the Foxes are not likely to stand in his way.

Meanwhile, reports in the UK also claim that Chelsea are considering re-signing veteran stopper Petr Cech, who spent 11 years at Stamford Bridge before leaving for Arsenal in 2015 after losing his place to Courtois. However, at 36, his age works against him, as he would be no more than a stop-gap solution. 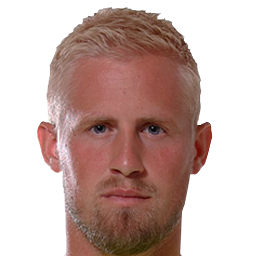 Thibaut Courtois looks for a new house in Madrid

RMC report agreement between Madrid and Chelsea for Courtois