Jonny could sign with Atlético in the coming hours

The defender is separated from his Celta Vigo teammates as he tries to resolve his situation, which is illegal in the yes of FIFA, but a solution could be close.

Jonny could sign with Atlético Madrid in the next couple of hours. The Celta Vigo full-back has been training away from the side as he sorts out his future with the club along with Sergi Gomez even though FIFA consider it against the rules. Celta might be willing to lower their asking price to put an end to the situation despite rejecting two advances from the rojiblancos recently.

Jonny plays at left-back but he can also operate on the right and Atlético Madrid would be getting cover at both positions. The 24-year-old could go on loan, however, as Filipe Luis Sime Vrsaljko and Juanfran along with the versatile Lucas Hernandez have them covered in that area. 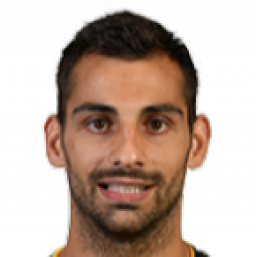 Bayern happy to sell Arturo Vidal and Atlético could step in