Atlético reportedly in talks with Chelsea for Giroud

According to Sky Sports, Atlético could bring in the Frenchman on loan to link up with his international strike partner Antoine Griezmann.

Olivier Giroud is the latest player to be linked with a move to Atlético Madrid. According to Sky Sports, talks were held between the Madrid club and Chelsea yesterday to discuss a possible loan deal for the Frenchman.

With the deal for Croatian striker Nikola Kalinic set to be closed today with AC Milan, Atlético could bring in Giroud as an additional reinforcement in attack. Like Kalinic, Giroud would join the club on loan. But while the Kalinic deal stipulates that the club purchase the player at the end of the loan term, the Giroud deal would not include the obligation to buy.

Atlético’s interest in Giroud could be attributed to his international strike partner Antoine Griezmann. Giroud did not score a goal at the World Cup, and nor even had a shot on target in 546 minutes of play, but he played a key role in the attacking partnership with Griezmann that helped France reach the final. 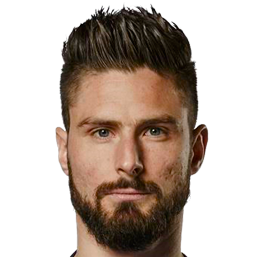