West Brom have allowed Republic of Ireland winger James McClean to join Championship rivals Stoke City in a deal worth up to £6million.

Stoke City have completed the signing of James McClean from West Brom for an initial £5million.

The Republic of Ireland winger has signed a four-year contract, with the deal including a possible £1m in add-ons.

McClean, 29, is Stoke's fourth signing of the transfer window, following Peter Etebo, Benik Afobe and Adam Federici to the club.

"James is a player I've admired for a long time," said manager Gary Rowett. "He has real quality with his left foot and he's an old-fashioned winger in so much that he retains width and gives teams balance."

McClean made 30 Premier League appearances last season as West Brom were relegated, although he only started 14 of those games.

He is now determined to help Stoke back into the top flight after they dropped down to the Championship along with the Baggies and Swansea City.

"Stoke City is a club that doesn't want to be in the Championship and I'm the same," said McClean. "Hopefully myself and the club can get back there at the first time of asking."

Who else is wearing their Stoke City colours this fine sunny Sunday?! pic.twitter.com/8LBmGoacPL 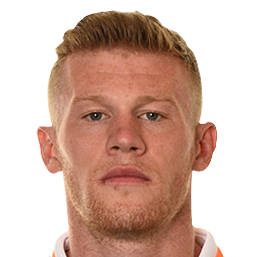