Porto have placed a 20 million euro price tag on the 26-year-old Cameroonian and Sevilla are seriously considering paying it.

After reinforcing the defence, Joaquín Caparrós is now combing the market in search of a forward to compliment Pablo Machín’s squad. Sevilla’s Director of Sport knows the kind of characteristics of the player he is looking for and while his favourite is Uruguayan Maxi Gómez, there is also Vincent Aboubakar, Porto’s Cameroonian centre-forward.

According to A Bola, Porto value Yaoundé-born Aboubakar at 20 million euros and have already rejected an initial offer of 15 million from Sevilla. Aboubakar has plenty of experience of playing in Europe, having played at Lorient, Besiktas before joining Porto, with whom he has played in the Champions League. And his figures are certainly impressive – he scored 26 goals in 43 games last season.

At just over six feet tall and well built, Aboubakar is just the kind of player Machín is looking for as the focal point in Sevilla’s attack. The only potential downside is that he doesn’t own an EU passport which could be a problem as Sevilla have already filled their non-EU quota with Arana, Muriel and Ganso, although the latter could be on his way out of the club before deadline day. 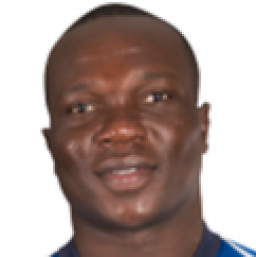