According to Spanish radio station Onda Cero the Liga club are close to sealing a €21m deal for the 24-year-old Croatia international.

Ante Rebic has emerged as a target for Sevilla with the Liga club reportedly on the verge of agreeing a 21-million-euro deal for the Croatia international.

Spanish radio station Onda Cero reported on Thursday that Sevilla are in talks with Eintracht Frankfurt over the 24-year-old winger, who bagged the opening goal in Croatia’s 3-0 victory over Argentina at the World Cup with a cracking volley.

Frankfurt set for a tidy profit from Rebic sale

Rebic can operate on the wing or behind a striker and performed in both roles in Russia, starting every game during Croatia’s run to the final apart from the dead rubber group encounter against Iceland.

Sevilla are still in the market for a striker during the summer window but are keen to add to their attacking options with the capture of Rebic, who cost Frankfurt just two million euros when the Bundesliga club made his loan deal from Fiorentina permanent at the end of the 2017-18 season, which he ended on a high note with a brace in the DFB-Pokal final against Bayern Munich. 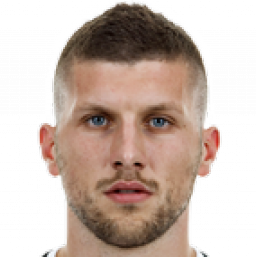 France vs Croatia: representing the leagues of Europe