In Italy, they won't forget this transfer window for a long time. After Cristiano Ronaldo signed with Juventus for a record fee, AC Milan and Juventus have pulled off an incredible and divisive swap deal with Leonardo Bonucci resigning with The Old Lady and Mattias Caldera going the other way while Gonzalo Higuaín also joins Milan.

Bonucci left Juve last summer and faces an uphill battle to with the fans support as Caldera and Bonucci are both valued at €35 million in the deal. The negotiation included Argentine striker Gonzalo Higuaín, who will join the club for €18 million with an option to purchase the player in two years for an additional €36 million.

The striker arrived at Juventus two seasons ago and with the signing of Ronaldo, he was deemed surplus to requirements. He requested €7 million from Juve as a settlement and will charge €7.5 million per year for the next four years at Milan.

Higuain arrived in Milan ahead of the move and recieved a hero's welcome. He confirmed he had spoken to Gennaro Gattuso ahead of his medical as he looks to start a new chapter in Serie A following stints with Napoli and in Turin with Juve. 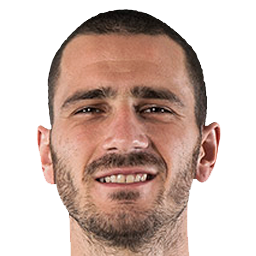 Juventus: Allegri urges team to "stamp authority" on Serie A