The Brazil midfielder said that he had received an offer from Camp Nou but unless Chelsea want to sell him he will remain at Stamford Bridge.

“I am a Chelsea player,” Willian stated after the Community Shield defeat against Manchester City on Sunday, drawing a line under rumours about a potential switch to LaLiga before the Premier League transfer window closes next Thursday.

“I have always made it clear that I want to stay here,” the Brazil international added while also admitting that he had received a concrete offer from Barcelona before the Camp Nou elected to sign Malcom instead, reportedly due to the fee being asked by Chelsea for the 29-year-old. “The only club I know of that made a genuine offer for me was Barcelona. But my head is here and I have the intention of staying as long as the club don’t want to sell me.”

Antonio Conte’s departure appeared to signal the end of Willian’s spell at Stamford Bridge, but the player explained that the board’s choice of replacement, Maurizio Sarri, persuaded him to stay: “Sarri is a coach who likes to play football; he has a style of playing that is similar to Manchester City,” the midfielder said. “We’ve only just started working with him but in the first few days we’ve seen that he is a coach who likes to play the ball out from the back and likes his teams to play football. He will be very important for us.” 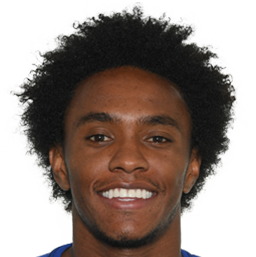 Willian's agents are in Barcelona