With the Argentinean side due to play in the Trofeo Joan Gamper at Camp Nou next week, Royco Ferrari has said none of his players, including Pavón, are for sale.

Boca Juniors president Royco Ferrari has made it abundantly clear that none of his players will be available for transfer this summer ahead of the Argentinean side’s participation in the Trofeo Joan Gamper against Barcelona at Camp Nou next week.

Wary of a repeat of the Juan Román Riquelme affair in 1999, when the midfield maestro impressed the Barça technical staff so much that he ended up in the claret-and-blue shirt, albeit two years later, Ferrari stated that his coach, Guillermo Barros Schelotto, had requested none of his current squad are sold as Boca prepare for a tilt at the Copa Libertadores.

Boca inform Barça that Messi favourite Pavón is not for sale

Cristian Pavón, who cemented his place in the Argentina side at the World Cup in Russia, has been linked with a move to Catalonia, not least because Leo Messi reportedly asked the Barça board to finance a move for the 22-year-old forward.

But Ferrari closed the door on that speculation on Sunday while also politely informing any scouts from other European clubs in the Camp Nou stands, that he had every intention of maintaining his squad intact for the start of the season.

“Boca have an exceptionally talented squad in terms of experienced players and internationals and it is not just Cristian who may be the subject of offers,” Ferrari told Fox Sports. “But the coach has asked that we tie down the squad not just with Cristian but also with other players so that we can achieve our objective of winning the Copa Libertadores, which is what the players and all Boca fans want more than anything else.” 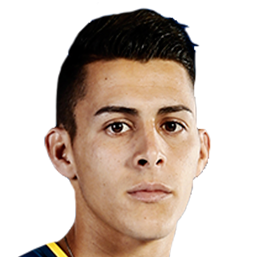