The 'Super Eagle' is currently a Chelsea player but seems destined to end up in LaLiga with interest from Leganés and Valladolid.

Kenneth Omeruo participated in two games for Nigeria at the 2018 Russia World Cup and it would appear that his destination for the forthcoming season will be in Spain's LaLiga.

The 24-year-old has been on the Chelsea books since 2012 and yet to make an appearance for "The Blues" with the London club preferring to loan the player out to a wide ranging number of clubs that have seen the Nigerian play with the likes of Kasimpasa (Turkey), ADO Den Haag (Holland) and English side Middlesbrough.

Speaking to Today Nigeria, Omeruo admitted that there was a high level of interest from Leganés and also Valladolid. “My future will be decided this week and it looks like I'll join one of the two interested Spanish sides who are currently speaking with Chelsea."

It looks like once again the Nigerian international will be part of a loan deal and is anxious to have his immediate future resolved as soon as possible with the 2018/19 LaLiga campaign getting underway next Friday. 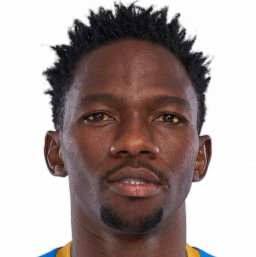