The Tottenham forward will represent South Korea at the 2018 competition, where victory may see him exempted from mandatory two-year stint in the forces.

Tottenham forward Son Heung-min has more reason than most to hope South Korea are triumphant at the 2018 Asian Games. The 26-year-old will travel to Indonesia with the Taegeuk Warriors under-23 side to compete in the tournament in a bid to avoid national service in South Korea’s armed forces.

The law in his native country states that every citizen must enter into the services for a mandatory two-year period of service before they reach the age of 27. However, there are exemption provisions for athletes who achieve success on the international stage - such as bringing home a gold medal from the Asian Games.

Son pinning hopes on a medal in Indonesia

Given his age and the legal requirements in place, this could be Son’s final chance to receive special consideration from his country. South Korea performed above expectations at the World Cup, beating Germany in the group stage and finishing above the 2014 champions. Had his side reached the knock-out stages in Russia, Son would have been cleared to dodge military service.

Anything short of a medal in Indonesia may see Son miss two seasons of his career. Even a silver or a bronze may be enough to sway a decision favourably in his direction.

South Korea play Bahrain, Malaysia and Kyrgyzstan in Group E at the tournament, which runs from August 14 to September 1, and are among the favourites for the title in a field that includes Japan, Iran, China and the UAE as the other main candidates. 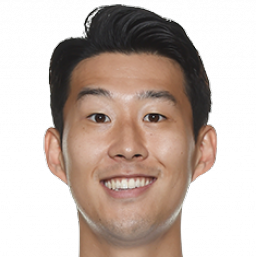