Sevilla keen to spice up attack with Draxler loan deal

The German winger is surplus to requirements at PSG and the LaLiga club are currently negotiating a loan deal to bring him to Andalusia.

PSG's German winger Julian Draxler is currently on Sevilla's radar as the LaLiga club look to enhance their attacking options before the transfer window closes. According to Radio Sevilla, the club from Nervión are looking to hire the services of the PSG winger in a loan deal.

The 24-year-old Draxler was named in the Germany squad in Russia, despite not managing to hold down a starting place in the PSG starting eleven since his 36-million-euro move from Wolfsburg in 2017.

For PSG, Draxler has played 20 minutes so far this season, against Caen on the opening day of the Ligue 1 season, but was left out of the squad to face Guingamp last weekend for fitness reasons, according to the club. Thomas Tuchel doesn't appear to see the winger as one of his main attacking options, and his wages, almost four million euros a year after tax, are seen as a further problem for the French champions. 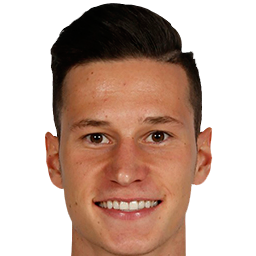