New Real Madrid head coach Julen Lopetegui has 27 players currently at his disposal of which five are goalkeepers.

Time is ticking for Julen Lopetegui as the closure of the summer market lurks closer with the Basque coach currently using 27 players (five of which are goalkeepers: Courtois, Navas, Zidane, Lunin and Casilla). The coach also needs to decide if he plans to include the likes of Vallejo, Coentrao, Mayoral and Marcos Llorente in his definitive 25 man 2018-19 season squad. 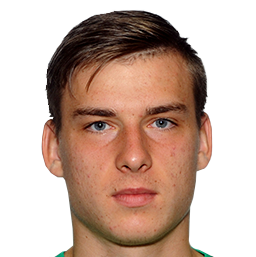 The young Ukrainian stopper featured for 84 minutes as part of Real Madrid's pre season action in both the 2018 International Champions Cup and the Trofeo Bernabéu. Both Madrid based clubs Leganes and top flight new comers Rayo Vallecano have been linked with the 19-year-old's services for the forthcoming season as a loan deal.

The arrival of Belgian Courtois at Real Madrid has had a knock-on-effect in the pecking order for key Real Madrid goalkeepers with Casilla now falling behind both Courtois and Navas. A loan move away from the Bernabeu would appear inevitable with Leganés and Sevilla interested in the stopper. 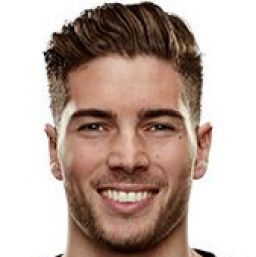 Luca Zidane is another who appears to play his 2018/19 season football away from the Santiago Bernabeu with a move to newly promoted second tier side Elche set to be announced. Zidane made his top flight debut for Real Madrid last season with the first team against Villarreal.

The Zaragoza born defender has yet to fully convince the new Madrid coach and is another player who seems destined for a loan move for the forthcoming season. The 21-year-old impressed during his time with Eintracht Frankfurt during the 2016/17 but failed to secure a starting place under Zidane.

The Portuguese international is become an inconvenience for Real Madrid following playing the past two seasons in France with AS Monaco and last season in his native Portugal with Sporting CP. The 'exit' sign at the Santiago Bernabeu beckons for the 30-year-old.

Many observers thought that the arrival of Lopetegui at Real Madrid would open the door for Llorente as an automatic replacement for Casemiro in a central role. Sadly for the Madrid born player, the pre-season has failed to convince the Basque coach with Ceballos being called upon to replace Casemiro during the Tallinn Super Cup and no place for the 23-year-old in the squad as Real Madrid dispatched Getafe in the 2018/19 season opener last weekend. Villarreal, Espanyol and Alavés have all shown interest in the players services.

The former Flamengo player was one of the higher profile summer acquisitions for Real Madrid with the Brazilian offering glimples of his talent in the International Champions Cup against Manchester United, Juventus and Roma. He also played briefly in the Trofeo Bernabéu but failed to secure any action in the UEFA Super Cup and LaLiga opener. Insiders report that the Brazilian is set to train with the Real Madrid first team squad but play in 2B for Real Madrid Castilla.

The striker is in pole position to feature in the forthcoming campaign as a backup player for the strike force after having gained Lopetegui's confidence with his pre season form which included a goal in the Trofeo Bernabéu against AC Milán. Alavés have shown interest in his services should he leave the Spanish capital