Imbula in Madrid to sign contract with Rayo Vallecano

The 25-year-old midfielder was chased by Getafe and Levante but Rayo Vallecano are on the brink of signing with newly-promoted Rayo Vallecano.

Giannelli Imbula is in Madrid to sign with Rayo Vallecano. The French central midfielder will arrive in Vallecas on loan from Stoke City and will be the 11th signing of the summer for Míchel's newly-promoted side.

The 25-year-old signed for Stoke City two years ago and played 28 times for the club. He fell out of favour at the end of last year and has not featured whatsoever this year. Getafe and Levante also tried to sign the player but he has decided a move to Rayo is in his best interest.

The clock is ticking and the player took to Instagram to post a picture of himself looking at his watch with the transfer window closing soon in Spain and across Europe. 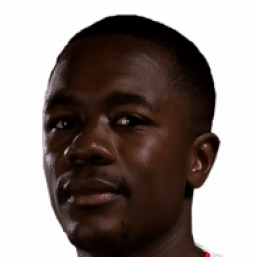 The Valladolid pitch, a thorn in the side for Tebas