The left-footed central defender, who was developed at Real Madrid's academy, fits the profile for Julen Lopetegui and comes relatively cheap too.

Real Madrid have lined up a replacement for Jesus Vallejo is they can come to an agreement for the central defender to leave on loan before the end of the transfer market. The alternative is Mario Hermoso from Espanyol. He also fills the criteria for what Lopetegui needs in a left-footed central defender, who can also play as a full-back.

He is competent at left-back and can play on the left in a back three, which is something that interested Lopetegui also. He knows Real Madrid inside out too having spent 11 seasons at the youth academy and was born in Madrid.

Last season, Jordi Lardín took him north and slapped a €40 million release clause on the player. Real Madrid recieved €400,000 for the defender but were given the chance to insert a buy-back option and could purchase him for €15 million. Everton wanted him last winter and Zenit St. Petersburg also wanted the player but he stayed put as Espanyol were unwilling to drop their asking price.

Hermoso played on loan at Valladolid during the 2015-16 season and he played 31 games in the second division before returning to play with Castilla in Segunda B. He played 22 games for Espanyol last season and scored a goal this season against Celta Vigo that earned a point for Rubi's side. 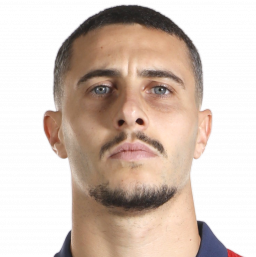 7 things you never knew about Mariano: his Dad is a body builder...