Seville are close to closing a deal with Spartak Moscow for Quincy Panes, who scored two goals against the Andalusian club in the Champions League last season.

Sevilla are close to tying up the signature of Dutch winger Quincy Promes from Spartak Moscow for a fee understood to be in the region of €20 million.

Provided the player puts pen to paper and passes a medical, as expected, he will become one of Sevilla’s highest-paid players. Promes was contracted with Spartak until 2021, earning €3 million a year in the Russian capital. He is expected to sign a four-year contract with Sevilla until 2022.

Known for his lightning-quick pace, Promes has played 28 games for the Netherlands, scoring 5 goals. Last season with Spartak, he found the net 21 times and made 10 assists in 38 appearances. Two of those goals came in the 5-1 thrashing of Sevilla in the Champions League at the Otkrytie Arena.

Promes may not be the only winger snapped up by Sevilla before the close of the transfer market on Friday. The club is understood to be negotiating with Girona for Cristian Portu. Sevilla are also reportedly on the hunt for another central defender, but with just two days until deadline day in Spain, it is unlikely they will bring a defender in on time. 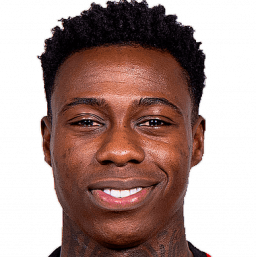