Hatem Ben Arfa did not play during the second of two unhappy seasons at PSG but Rennes have handed the France international a fresh start.

Rennes have completed the signing of Hatem Ben Arfa on a free transfer.

Ben Arfa has signed a one-year contract at Rennes, with the option of another 12 months.

The former Newcastle United and Nice favourite did not feature at all during 2017-18 for Ligue 1 champions PSG.

"I learned a lot, I was very happy to do these two years at PSG," he told a news conference. "Today I am a stronger man, I am physically and psychologically fresh."

Ben Arfa was linked with a return to Nice along with a host of other clubs after becoming a free agent.

But he will be presented to Rennes fans at their Ligue 1 match against Bordeaux on Sunday.

"I had a lot of requests, I wanted to take my time," he explained.

"The Europa League was one of the criteria, but the important thing was the setting and Stade Rennes has changed in size.

"There was Nice too but it's hard to go back with your ex."

PSG visit Rennes on September 21 but Ben Arfa insists he is not especially fired up to prove a point to his old employers.

"I do not have a feeling of revenge against Paris, I've learned a lot there," he added.

"It's a journey, it's been complicated - especially the last year - but thanks to all that I am someone stronger." 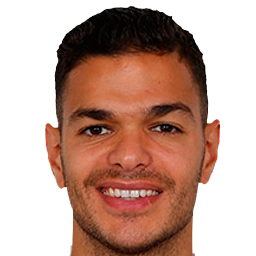