Antonio Rudiger's boot left Benjamin Pavard with some unpleasant marks on his neck, which the Frenchman called "really painful".

Chelsea defender Rudiger insisted it was not deliberate and has wished Pavard a swift recovery.

Sorry for @BenPavard28, it wasn't intentional. I have apologized to him right after it happened and I also want to use this opportunity to wish him a speedy recovery!

"I have apologised to him right after it happened and I also want to use this opportunity to wish him a speedy recovery!"

Pavard did not accuse the centre-back of anything malicious and claimed the incident was merely part of the game.

6 - Alphonse Areola 🇫🇷 made 6 saves against Germany , no other French goalkeeper did better in a single game in the last 10 years. Impressive.#GERFRA pic.twitter.com/sIla7WqlAm

There was little goalmouth action on Thursday, although French debutant Alphonse Areola made a string of good late saves to deny Mats Hummels, Thomas Muller and Matthias Ginter.

Pavard admitted the world champions were fortunate to escape with a draw against a Germany side determined to make up for their shock group-stage exit at the World Cup.

"We really suffered against a really good German team," he said. "They were vengeful after their World Cup.

"I think they had more energy than us. They returned from their holidays much earlier than us. We stayed strong as a team; that's our strength."

France host Netherlands on Sunday in their second Nations League match, while Germany face Peru in a friendly match in Sinsheim. 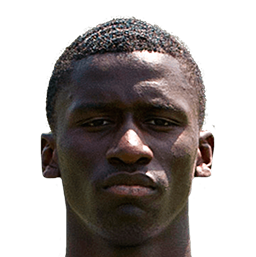