The World Anti-Doping Agency is to open an investigation into the Valencia winger after his father said he had received a growth hormone injection before the World Cup.

The World Anti-Doping Agency (WADA) has announced it will open an investigation into Valencia and Russia winger Denis Cheryshev over a charge of alleged doping.

“The case is now in the hands of the Spanish Anti-Doping Agency (AEPSAD),” WADA Media Relations and Communications Manager Maggie Durand confirmed in an interview with Russian media outlet Sport Express.

The probe was initiated after Cheryshev’s father, Dimitri, stated during an interview with Sport Weekend that the player had received growth hormone treatment before the World Cup, where Cheryshev scored four times in five matches, although the publication suggested that he may have been referring instead to growth factors, which are naturally occurring and commonly used in medicine to treat a range of health problems.

Growth hormones are not classified as a doping agent in sport but if it proved that an athlete has been using the treatment without any medical basis a ban of up to four years can be imposed by the relevant authorities.

UK broadsheet The Daily Telegraph reported that the Russian Football Union has claimed that the injection the player received while recovering from injury before the finals was a platelet-rich plasma (PRP) injection, a legal substance that is also known as a growth factor. 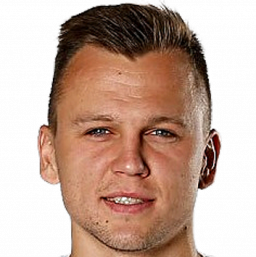