Following criticism of his weight during the Italy-Poland tie, L'Equipe claims the player returned to France well above the optimum weight for a professional athlete.

Now L’Equipe has published a story this Tuesday, in which it claims that the former AC Milan striker was chiefly responsible for Nice’s opening day Ligue 1 defeat to Reims due to his terrible shape following his summer holiday.

“I wouldn’t send on a player who’s 15kg overweight, I didn’t see him prepared to make certain efforts at certain levels. It’s his fault because a professional can’t present himself in these conditions.”

According to the French daily, Balotelli returned to training with his Nice team-mates weighing 100 kg, which is far beyond the optimum weight of 75-85 kg for a person of his age and height, and particularly for a professional athlete.

L’Equipe claims that Nice’s fitness coaches were put straight to work to help get Balotelli back in physical shape, but it seems they may still have some work to do with the Italian international’s fitness levels.

Not the first time

This is not the first time Balotelli has been called up because of his weight after the summer break. On his return to Italy from Liverpool at the beginning of the 2015-16 season, then-AC Milan manager Sinisa Mihajlovic reportedly told him that he was too fat and demanded that he go on a diet.

Despite his poor physical state, Balotelli still managed to score the opener, provide an assist and win a penalty in his first game back in Italy for AC Milan against Modena.

Nice, however, have not had the same fortunes with an overweigh Balotelli in their side, and currently lie in 17th positon in Ligue 1, with one win, one draw, and two defeats from their opening four games. 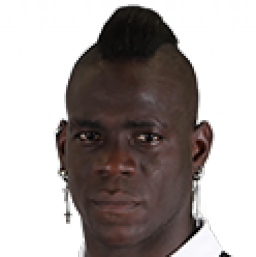