The global footballing body is studying a maximum of eight loan players (out) per club with currently no limit of the system.

FIFA are working on establishing a policy which affects the number of players any particular club can have sent out on loan at any given time. Eight players is the limit that football's governing body are considering imposing with no limit currently in place.

The move has been revealed by German daily Sport Bild and if introduced could play a significant roles in future transfer deals with the situation in Serie A being the most dramatic in terms of the major European leagues.

The tendency to sign players as an investment, loan them out and hope they flourish has long been standard practice in the Italian league. Bergamo based Atalanta are the prime exponent of this culture with 77 Atalanta owned players currently on loan with third party clubs. This does pale into comparison with the 379 players that were registered as official Parma Calcio players in 2013. Serie A leaders Juventus currently have 40 players out on loan with a current market value of 105 million euro.

In Spain the trend is less dramatic though 146 LaLiga club players are currently away from their parent clubs on a loan term. Real Madrid being the main culprits with 21 players: James, Kovacic, Theo, Lunin, Mayoral, Achraf, De Tomás, Odegaard... along with  a myriad of younger talents currently plying their respective trades away from the Bernabeu.

Atlético have 16 currently out on loan followed by Barcelona (15) and Villarreal with 14.

Serie A players on loan (by club)

Clubs with players on loan out.

LaLiga clubs with players out on loan 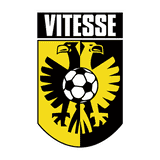 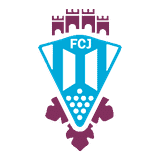