Viewers of Tottenham's Premier League defeat to Liverpool on Saturday were quick to point out a noticeable absence from the defender's shirt.

During Tottenham's 2-1 loss to Liverpool on Saturday, eagled-eyed viewers were quick to notice a conspicuous absence from Toby Alderweireld's Spurs shirt.

As the Premier League match unfolded at Wembley Stadium, scores of fans took to social media to draw attention to the fact that, where the Tottenham club crest should have been, there was instead a blank space.

Hang on a minute, why hasn’t Alderweireld got the badge on his kit?🧐 #TOTLIV

The error - which is not the first time that the North Londoners have suffered a kit-related mishap at the 'Church of Football' - is yet to be explained.

It was an afternoon to forget for Mauricio Pochettino's men, as goals by Georginio Wijnaldum and Roberto Firmino ensured victory for Liverpool despite Erik Lamela's late strike for the hosts.

After starting the campaign with three straight wins, defeat to the Reds means Tottenham have now lost two in a row in the league, having gone down 2-1 at Watford two weeks ago. 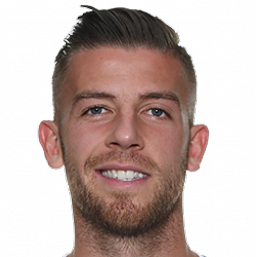