The Juve player was awarded a yellow card for a headbutt on Sassuolo's Di Francesco and VAR determined that a red be issued for a spitting incident.

Juve's Douglas Costa was the protagonist at the end of this afternoon's Serie A clash in Turin as Juventus overcame Sassuolo with a 2-1 win.

At the end of the match, the Brazilian was involved in a tangle with Sassuolo's Federico Di Francesco, lashing out at his opponent and headbutting the Sassuolo substitute with the match official in clear view of the incident. He topped off his unsavoury display by spitting at the Italian player in the face.

Match official Sarà Daniele Chiffi immediately booked Costa for the initial infringement but was then advised by the CAR system to dismiss the Juve player with a straight red.

It's now feasible the player will receive an economic sanction from the Turin based club and will be forced to serve out a ban for the direct red card. 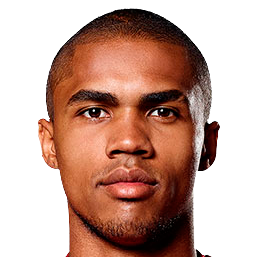 Cristiano gets off the mark in Juve win over Sassuolo

I'll finish where I started – Guardiola wants return to Barça