Rodrigo: "Ramos' words are not over the top"

Rodri says Sergio Ramos' comments about Antoine Griezmann won't be criticised by Atlético Madrid as they're just his opinion and everyone has one.

Atlético Madrid's central midfield, Rodri, says Sergio Ramos' comments about Antoine Griezmann are not over the top and that players need to do their talking on the field. He adds, however, that Griezmann's Atlético teammates feel that the French star is amongst the top three players in the world. 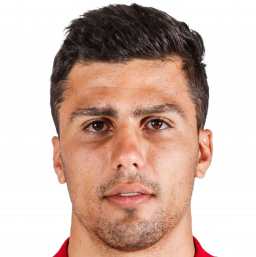 "He wasn't affected at all. Today, he gave a spectacular pass for the goal. The players have to talk on the field and everyone has an opinion. We won't be criticising Ramos for having an opinion. Antoine is really important for us, a player of World Cup status. The words from Ramos aren't over the top, we believe that Griezmann is amongst the top three players in the world and he has shown it. He is the most unbalancing player on the team and we have to help him out a ton," Rodri said after Atlético's victory over Monaco on Tuesday night.

Having signed in the summer, Rodri says he is settling into life at Atlético and improving with every game. "Every day it's better. I understand my teammates better, and every player needs that period of adaptation and I'm with the team until the death getting more and more involved with my teammates."