The 24-year-old Benfica keeper is being watched by several clubs after his move from Panathinaikos to Primeira Liga last summer.

He may not be a household name but Benfica goalkeeper Odisseas Vlachodimos has been exciting interest across Europe in the wake of his early season form for the Primeira Liga club.

The 24-year-old Germany under-21 international was signed by Benfica from Panathinaikos during the summer for a fee of 2.5 million euros and has become the undisputed starting keeper under Rui Vitória, keeping four clean sheets and conceding eight times in 10 games this season and finding himself on the losing side just once, in the Champions League defeat against Bayern Munich.

And that has not gone unnoticed, according to Portuguese sports daily Record, with a raft of Premier League and Bundesliga clubs keeping tabs on the former Stuttgart stopper.

Arsenal, Liverpool, Manchester United, Chelsea, Newcastle, Bayern Munich, RB Leipzig and Eintracht Frankfurt have all been credited with an interest in Vlachodimos but Benfica are understandably not keen on parting with their keeper, who has proved to be the solution to replacing Ederson between the sticks after the Brazilian completed a 40-million-euro move to Manchester City in 2017.

Benfica’s scouting department has an eye for a keeper, with Jan Oblak also having passed through the club en route to Atlético Madrid in recent years. 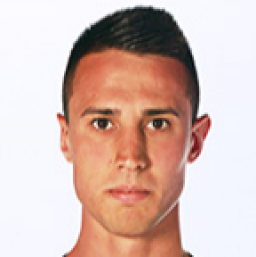