Atlético to make a move for Fiorentina defender Milenkovic

Calciomercato.com report that Atlético have decided to put in a bid for the 20-year-old Serbian centre-back to strengthen the back four next season.

Reinforcing the central defence is a priority for Atlético de Madrid ahead of next season and according to reports in Italy this week, the Rojiblancos may have found just the player they are looking for. Calciomercato.com claim that Fiorentina's 20-year-old centre-back Nikola Milenkovic is the defender Atleti hope to bring in next summer. Atlético scouts have been following Milenkovic for some time and they have come back with glowing reports - even Simeone's son Gio, his team mate, has spoken highly of the player.

No shortage of suitors for Milenkovic

Atlético know that Fiorentina will put a high price on the Serbian, who is also being tracked by cluubs in the Premier League and the Bundesliga, but they want an injection of youth in the back four seeing as Diego Godín is not getting any younger, while Stefan Savic could well move on if the club is successful in landing Milenkovic. 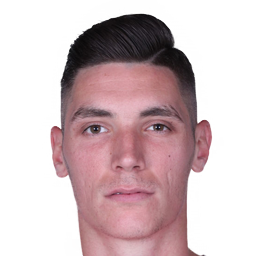