Daniel Sturridge scored a stunning equaliser against Chelsea, a goal he thinks is probably the finest of his career.

Daniel Sturridge admits he has probably never scored a better goal than his equaliser for Liverpool against Chelsea on Saturday.

The striker came off the bench to curl home from nearly 30 yards out in the 89th minute and secure a 1-1 draw for his side at Stamford Bridge.

Chelsea had led through Eden Hazard's first-half strike until Sturridge, who broke the deadlock in their EFL Cup loss to the Blues at Anfield on Wednesday, rescued a point in emphatic style.

The 29-year-old thinks it is likely the best goal of his career but insists the result was more important.

"It was a big goal," he told BT Sport. "The boys worked tirelessly all game, we created chances in the first half and we were unlucky not to score. I like to think I have [scored better] but probably not. This one was a nice goal but as I said it was just about getting a result. It's good to get the result. It's a team game. I just give my best every minute I get. It's important to keep pushing forward, having a positive outlook."

Sturridge spoke to Chelsea coach Gianfranco Zola after the final whistle and he says he has been watching footage of the former Italy international for inspiration.

"I was just telling him I watched his videos," he said. "He's a great player, a legend of the game. It's great to have a chat with a guy like him."

Liverpool manager Jurgen Klopp was delighted with Sturridge's impact and his all-round form, especially given his problems with injury for much of the last year.

"What a game, a spectacular football game," he told BBC Sport. "It was so deserved for Daniel, a really nice moment and I'm so happy for him. I think we made one mistake in the game leading to their goal. It's difficult. We had chances, we played fantastic football. I love to win, but getting a point at Chelsea is good anyway. You can see how good Chelsea are but it's nice to see it again. I know we deserved that point at least so I'm happy with that.

"Daniel has always been in my thoughts, but he was never able to prove it. We thought West Brom [on loan last season] was a good idea for him to get minutes under his belt again, and when he came back, he was an option for us.

"It has paid off for him, it's nice and absolutely deserved." 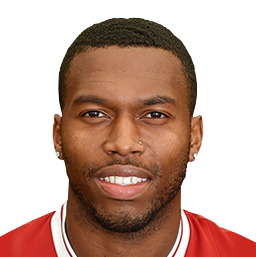