The Portugal striker has got off to a flying start at the Sánchez Pizjuán, bettering Cristiano Ronaldo's LaLiga debut and leading the Pichichi race.

After years of attempting to find a striker who offers the same guarantee of goals as Frédéric Kanouté Sevilla have come up trumps with André Silva.

The 22-year-old Portugal forward arrived at the Sánchez Pizjuán on loan from Milan last summer and the Liga club have a purchase option of 35 million euros, a fee that is suddenly looking to be a huge bargain after Silva’s return of seven goals in seven league games so far in 2018-19.

The former Porto forward scored a hat-trick on his debut in Spain and bagged a brace in Sevilla’s 3-0 victory over Real Madrid. Goals against Levante and Eibar have taken his total to two more than Cristiano Ronaldo managed by this stage of the season in his debut year in 2009-10 and propelled Silva to the top of the Liga scoring chart ahead of Leo Messi, Iago Aspas and Cristhian Stuani.

The forward’s scoring exploits are even more remarkable when compared to Luis Muriel, who joined Sevilla in 2017 for 21 million euros and was the figurehead of the side’s campaign last season. The Colombia forward went on to score seven goals in the league during the entirety of 2017-18.

Silva’s run of form represents the best start to a season for the 22-year-old since his breakthrough at Porto in 2016-17, when he reached seven goals in the eighth round of fixtures. That year, he went on to hit 21 in all competitions, which was sufficient for Milan to take a 38-million-euro punt on the striker. Things didn’t quite work out for Silva in Serie A, where he managed just two league goals in 24 appearances and 10 in 40 overall, but he has found his feet at the Sánchez Pizjuán and struck up a lethal understanding with Jesús Navas, who has laid on goals for his teammate in Sevilla’s last two games. 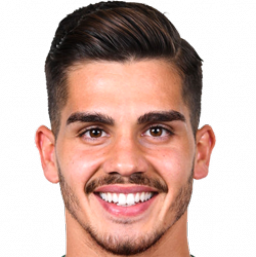