Ronaldo shows new generous side to his game in Italy

With Juventus, Cristiano Ronaldo has provided the most assists in Serie A, and his assist average record is already much better than any of his nine seasons at Real Madrid.

At Real Madrid, Cristiano Ronaldo stamped himself as a true predator in front of goal. Even when averaging 50 goals a season, he always wanted more, he took the penalties and the free kicks, he fought for the Pichichi and the Golden Boot, and it drove him crazy when he didn’t score a hat trick.

In Italy, however, he has displayed a new, more generous, side to his game. He is now the player with the most assists so far this season in Serie A, having provided the final pass for four Juventus goals. Mandzukic has been the biggest beneficiary, having scored two goals from Ronaldo’s assists.

His assist average record is already much better than any of his nine seasons at the Bernabéu. In the last two years in Madrid for example, he provided slightly more assists during the entire season than he has done in just 8 games for Juventus. In 2016-17, he gave a total of six assists, while last season he provided five. In Turin, he has averaged an assist every 157.5 minutes. Even during his most prolific campaign at Madrid in 2014-15, in which he provided 16 assists, his average was one every 193.7 minutes.

But ahead of all of them is Borrusia Dortmund's wonder kid Jadon Sancho. The 18-year-old English player, who joined Dortmund from Manchester City for €7.5 million in summer 2017, has provided an impressive five assists in just 125 minutes of play in the Bundesliga. 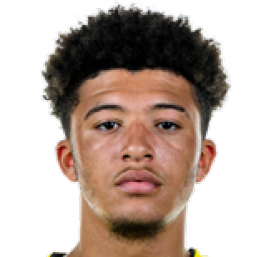 The best is yet to come from Ronaldo and Dybala - Allegri