Paris Saint-Germain will be without Presnel Kimpembe against Marseille after the centre-back was handed a three-game suspension.

Presnel Kimpembe will miss Paris Saint-Germain's Classique clash with Marseille on October 28 after he was handed a three-match ban following his red card against Lyon.

Kimpembe was dismissed following a VAR review after a rash challenge on Tanguy Ndombele during a 5-0 win for Thomas Tuchel's side.

The Ligue de Football Professionnel (LFP) confirmed on Wednesday that Kimpembe will serve a three-match suspension as a result of the tackle.

Kimpembe is therefore ruled out of PSG's upcoming fixtures against Amiens, Marseille and Lille.

Additionally, the LFP banned Monaco defender Andrea Raggi for five matches after a clash with Clement Grenier in his side's game against Rennes.

Raggi pushed his hand into the face of Grenier and his long ban increases the pressure on under-fire coach Leonardo Jardim. 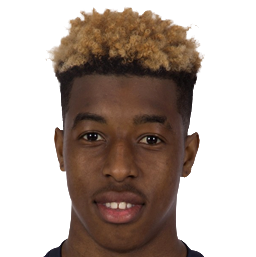