The Camp Nou board have been tracking the Ajax youngsters for some time but the Manchester City boss is also an admirer and could beat his old club to the pair.

Barcelona are to face competition from a familiar face in their continued pursuit of Ajax pair Frenkie de Jong and Matthijs de Ligt with Manchester City reported to have joined the chase for the youngsters.

Midfielder De Jong, 21, and central defender De Ligt, 19, have been on Barça’s radar for some time but Ajax sporting director Marc Overmars has stood firm on his refusal to sell two of Ajax’s brightest young talents, stating last summer that they would not be allowed to leave “even for ridiculous money.”

That money may be about to appear on Overmars’ desk with Pep Guardiola apparently interested in De Jong and De Ligt. City sporting director Txiki Begiristain has reportedly held several meetings with Overmars, according to goal.com, and Barcelona are resolved to the fact they cannot match the Premier League club’s financial might if an all-out bidding war ensues.

Robert Fernández, who took over as sporting director at Camp Nou after Begiristain left for the Etihad Stadium, attempted to persuade former Barça player Overmars to part with De Jong during the last transfer window but the offer made of 30 million euros was deemed insufficient by Ajax.

Overmars said of De Jong and De Ligt at the time: “Let them [Barcelona] come back next year. Allow them to play 40 games for Ajax this season.”

While Barça’s interest in De Ligt may have cooled after the signing of Clément Lenglet from Sevilla, the Camp Nou board remain desperate to secure the signing of De Jong. Working in the Liga champions’ favour is the Netherlands international’s stated desire to play with Leo Messi, but Barça fear that City may make their move in January, paying whatever Ajax want and then loaning the player back for the remainder of the season or possibly longer.

For his part De Jong has said he is happy to remain at Ajax for the time being after the Dutch side secured Champions League football this season. “Maybe someday I'll join Barcelona, but not this season," he told NOS in August. "I'm staying at Ajax. I think it will be a good year.”

More recently, De Jong intimated that he may be at the Johan Cruyff Arena for some time. “For now I’ll stay at Ajax, maybe another year or even two or three more. I’m really enjoying it here,” he told Elf Voetball on Thursday. 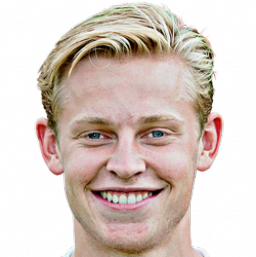 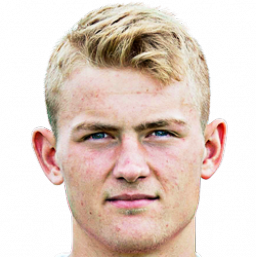