The Genoa striker is top of the European Golden Boot standings after hitting 13 goals in eight games so far this season.

Krzysztof Piatek is undoubtedly the bargain find of the summer after joining Genoa from KS Cracovia for four million euros. The 23-year-old has gone on to score 13 goals in his first eight games for the Serie A side, finding the net in every fixture he has played this season. Piatek’s form earned him a first call-up to the Poland national team and he scored on his competitive debut against Portugal in the Nations League.

Unsurprisingly, most of Europe’s heavyweights have taken note. Tuttosport list Bayern Munich, Napoli, Borussia Dortmund and Juventus among Piatek’s suitors with the current Serie A champions leading that particular pack.

LaLiga clubs have also been paying attention to Piatek’s blistering form and the Catalan press have credited Barcelona with an interest, although La Gazzetta dello Sport have suggested Atlético Madrid are better placed to nab the striker next summer.

Genoa are resigned to the inevitable and the club’s sporting director, Giorgio Perinetti, said recently: “As [club president Enrico] Preziosi has said, Genoa fans will be able to enjoy watching Piatek until June.”

Perinetti did not venture a potential price for Piatek, given that his stock may rise further still, but suggested that Genoa will be looking to land a sizeable fee for the 23-year-old. “Between 40 and 60 million euros? We haven’t decided on a price yet because we have to see what his margin for growth is. We also have to study the various offers and the competition.”

A bidding war seems likely if Piatek maintains his form throughout the season and with Genoa in a tight financial spot a windfall of 60 million euros or more for a player who cost four 12 months earlier will represent excellent business and allow the club to balance their books and invest in a long-term strategy on the pitch. 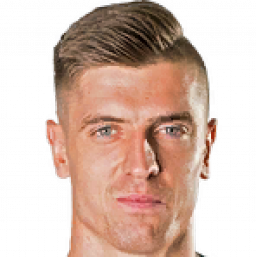