The Ukraine international is expected to seek a move in January after being handed just 180 minutes so far this season under the Manchester City manager.

Real Betis are in the market for a left back in the January window with Quique Setién only having one specialist in the position, Júnior Firpo, at his disposal. One of the Liga club’s main targets will be Manchester City’s Ukraine international Oleksandr Zinchenko, a player that Betis made an offer for last summer without success.

Zinchenko has failed to stake his claim to a regular starting spot under Pep Guardiola after joining City from PSV in 2016 and has been used just twice this season, once in the Premier League and once in the EFL Cup. The 21-year-old, who can play at left back and operate in midfield, has more international caps than City first-team games to his name and is likely to seek a move in January.

Betis to face competition from Napoli for Zinchenko

"Napoli showed interest both over the summer and the year before, but never managed to find an agreement with Manchester City. The two clubs could not agree a fee. We’d be ready to discuss it again, though." pic.twitter.com/4dOSRANfMK

Betis are keen on a loan arrangement for the remainder of the 2018-19 season with a compulsory purchase option and Zinchenko is said to be open to the idea. However, City rejected Betis’ advances before the season and may opt for a straightforward loan.

Betis are likely to face competition for Zinchenko is he becomes available with Napoli also reported to be interested, which would add insult to injury for Betis after the Serie A side lured midfielder Fabián to the San Paolo last summer for a fee of 30 million euros. 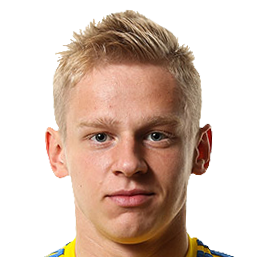