Three days ahead of Barça-Inter Nainggolan picks up injury

The Belgian player was forced to leave the action during the Milan derby after a 17th minute tussle with AC Milan's Biglia.

Bad news for Inter Milan's interests and fans after key player Radja Nainggolan was forced to leave the action in the Milan derby in the 17th minute. The player tussled for a loose ball with Milan's Lucas Biglia and appeared to pull up with a muscular injury.

Inter Milan face FC Barcelona next Wednesday and a potential absence of the Belgian player will spell bad news for "nerazzuri" coach Spalletti.

After the clash, Nainggolan attempted to carry on but any efforts to continue proved fruitless with the play maker substituted by Spaniard Borja Valero. 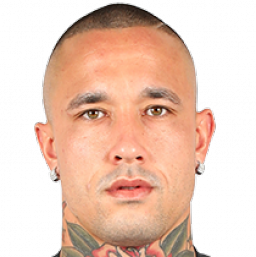