The 25-year-old Brazilian has been linked with the Bernabéu previously and Madrid believe he could be a successor to his compatriot on the left of defence.

Real Madrid have long been combing the market for an eventual successor to Marcelo and although Sergio Reguilón has been promoted to the first team the board are still in the market for an established player to fill the void when the Brazilian eventually leaves or retires.

With Italian media speculation rife that Juventus are going to make a move for Marcelo in January – and that the 30-year-old may be open to the idea so that he can join up with his friend Cristiano Ronaldo at the Italian champions – Madrid are looking to cover their bases and have set their gaze on Porto’s Brazilian left back Alex Telles.

According to Portuguese daily Record, Madrid are planning to move for Telles in January whether Marcelo leaves or not and are willing to meet the 25-year-old’s release clause of 40 million euros.

Telles has established himself as one of Porto’s key players under Sérgio Conceição after moving to the Estádio do Dragão from Galatasary by way of a loan to Inter in 2016 and is seen at the Bernabéu as a more-or-less direct replacement for Marcelo, given his pace and attacking qualities. 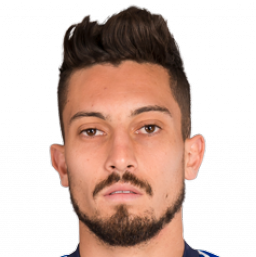