Liverpool central defender, Dejan Lovren, responds to criticism over his 'best in the world' claim and says Sergio Ramos makes more mistakes than him.

Dejan Lovren was criticised heavily for proclaiming he was one of the best defenders in the world but in a candid interview with Copa 90, he explains his comments, said Varane is one of the best in the world, and said that Sergio Ramos makes more mistakes than him despite the fact that Cristiano Ronaldo's goalscoring prowess saved the Spanish defender from criticism.

"People always catch you on these mistakes, they don't look [at the] good things," he said.

"If you look, Ramos, he has many more mistakes than me. But he's at Real Madrid. Ronaldo, a couple of seasons ago, when you do a mistake, but you win 5-1, 5-2, nobody sees the mistake. You know what I mean and I'm quite unlucky when I do a mistake it finishes 1-0," he said.

"I said that I was one of the best, I never said I am the best," he said during the chat when asked about his comments. "This season, tell me who played in the Champions League final and a month later in the World Cup final. I was the second after Thierry Henry. I was searching for that information. In the Premier League," he said. 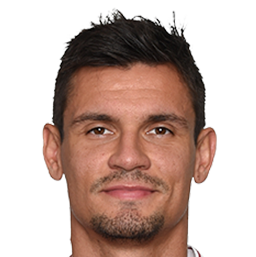