Ovelar is just 14 years, 9 months and 27 days old and held his nerve in front of 40,000 fans to put Cerro Porteño ahead in the Paraguayan "El Clasico" vs Olimpia.

Fernando Ovelar played in only his second ever game in the Paraguayan Primera División for Cerro Porteño and bagged his first goal as a professional at the ripe age of 14.

A packed Estadio Manuel Ferreira packed with 40.000 witnessed how the teenager held his nerve and slotted home in the 16th minute goal against arch-rivals Olimpia in the Asuncion derby. The game ended 2-2 with the home side bagging an equaliser in the thirteenth minute of added time.

The day belonged to the young player who, on match day was only 14 years, 9 months and 27 days old with Cerro Porteño's Ovelar certainly a name to watch out for in the future. 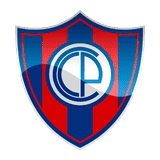