Shaqiri left out of Liverpool's trip to Belgrade

Xherdan Shaqiri has been omitted from the Liverpool squad for Tuesday's Champions League clash with Red Star Belgrade.

Liverpool midfielder Xherdan Shaqiri has been left out of the Liverpool squad for the Champions League trip to Red Star Belgrade with Reds boss Jurgen Klopp explaining the club are keen to "avoid any distractions".

The 26-year-old was born in Kosovo, an ethnically Albanian province that fought a war of independence against Serbian-dominated Yugoslav forces in the late 1990s. The Serbian government refuses to recognise Kosovo's independence.

Shaqiri made headlines during the World Cup after celebrating his winner for Switzerland against Serbia by crossing his hands to imitate an eagle, which appears on Albania's flag.

"It's a situation where we will go to the fantastic city of Belgrade as a football team to play football," Klopp told Liverpool’s official website.

"We have heard and read the speculation and talk about what kind of reception Shaq would receive and although we have no idea what would happen, we want to go there and be focused 100 per cent on football and not have to think about anything else, that's all.

"We are Liverpool, a big club, a football team but we don't have any message further than that. We have no political message, absolutely not. We want the focus to be on a great game of football, free from anything else.

"We are keen to be respectful and keen to avoid any distractions that would take focus away from a 90-minute-plus contest that is important for football and only football. So for that reason, Shaq is not involved and he accepts and understands this. Shaq is our player, we love him, and he will play for us a lot of times, but not on Tuesday.

"I have heard so many wonderful things about the city of Belgrade, and the country of Serbia as a whole, from friends and colleagues who've visited before, so now I'm really looking forward to taking Liverpool there for a great game of Champions League football."

A 21-man squad has been named for our #UCL trip to Belgrade, but Jürgen Klopp explains why Xherdan Shaqiri will not be involved against Red Star and provides a general injury update... https://t.co/t2AbNKx67H

Jordan Henderson will also remain in Liverpool to continue his recovery from a hamstring injury, while Naby Keita and Dejan Lovren have recovered from injuries and will travel with the squad.

Liverpool are top of Group C with six points, ahead of Napoli and Paris Saint-Germain, who face off in the group's other game. 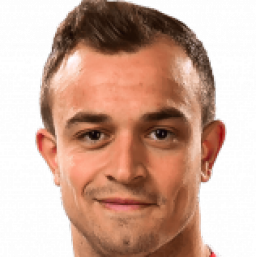