Eden Hazard's brother Thorgan has said that his brother did "the right thing by staying" at Chelsea, and stated that Real Madrid are in "a complicated period".

Borussia Mönchengladbach’s Thorgan Hazard, considers his brother Eden Hazard’s decision to stay at Chelsea and not sign for Real Madrid as the right one.

The 25-year-old younger brother of the Chelsea star, who has scored seven goals in the Bundesliga this season with Mönchengladbach, said he believes that “Chelsea were not interested in selling him and they have had a good start to the season. Real Madrid are in a complicated period. They fired their coach; there were key players who left… they have to rebuild.

“I think Eden will see what happens at the end of the season. I know him, he’s not thinking about moving at the moment. He will give his all for Chelsea, and neither does he want to clash with his club. If he leaves at some point, he’ll do it correctly.”

Eden Hazard has continued his impressive run of form for Chelsea this season. With seven league goals and one Champions League goal, the Belgian international is currently the Premier League’s joint top scorer Aubameyang and Aguero.

With his contract set to expire in 2020, Chelsea are hoping to convince him to stay by increasing his annual salary to 18 million euros. But currently contract talks have been delayed and the agreement does not seem close.

Despite his brother Thorgan’s comments, Eden Hazard himself has repeatedly spoken publically about his desire to play for Madrid, for whom he will reportedly sign next summer. 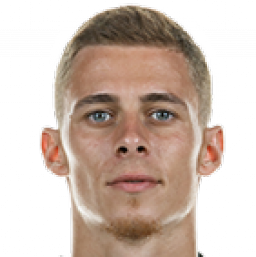 Figo's advice to Florentino: "I think Hazard wants to come to Real Madrid..."