AS understands that the Bernabéu board are monitoring the Spain under-21 international, who has a release clause of 22 million euros.

Real Madrid are monitoring Villarreal’s Spain under-21 winger Alfonso Pedraza, AS understands, with a view to reinforcing their options on the left.

Pedraza, 22, is a naturally left-sided forward, but he has been used by Yellow Submarine boss Javi Calleja as a left back on several occasions this season and Madrid see the potential to convert him into a world class player in that position as a long-term successor to Marcelo. Under the terms of his current contract, Madrid would need to pay 22 million euros to trigger his release clause.

Pedraza is a Spain under-21 international and a product of Villarreal’s academy with a physical presence that belies his age, speed and an eye for goal as he proved with a fine strike against Levante last weekend. Although he is still learning the position, he has shown enough natural understanding of the role to convince Madrid that he can become a specialist with enough games under his belt. Calleja also agrees and has tipped Pedraza to eventually occupy the left of the senior Spain defence.

It was with La Roja’s junior ranks that Pedraza came to the wider world’s attention. In 2015, while still in Villarreal’s youth ranks, he won the under-19 European Championship and he is now a fixture in the under-21s and a player very much on the radar of Spain boss Luis Enrique. During the last international break Pedraza trained with the senior squad as a left back while Celta’s Jonny was unavailable. Madrid are also encouraged by the fact the Pedraza was a teammate in the juniors of Marco Asensio, Dani Ceballos, Jesús Vallejo and Borja Mayoral.

Pedraza returned to Villarreal last summer after a successful loan spell at Alavés, where he scored four and provided six assists in 37 games. 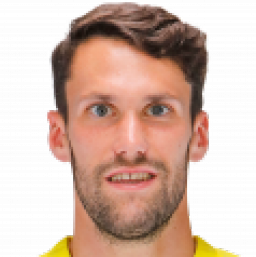 Odriozola and Reguilón step up in place of Carvajal and Marcelo