Motta wants to revolutionise football with a 2-7-2 formation

The former central midfielder is currently managing PSG's under 19s and says he wants an offensive team with the goalkeeper counting as a midfielder.

Thiago Motta has always been the helping kind. The Italian-Brazilian played his whole career as the team's anchor and had to apply himself, sometimes with force, in defensive duties.

His career ended last summer but his idea of football comes from the years he played under some of the biggest names in European football including van Gaal, Rijkaard, Mourinho, Benítez, Ancelotti , Blanc and Ranieri.

He wants to revolutionise football with a 2-7-2 formations as he explains to Gazzetta dello Sport.

"My idea it to play offensively. A short team that controls the game, high pressure and a lot of movement with and without the ball," he says. "I want the player that has the ball to always have three or four solutions and two teammates close by to help. The difficulty in football is, often to do things simply but to control the base, pass and get free. I don't like the numbers of the field because they trick you. You can be super offensive with a 5-3-2 and defensive in a 4-3-3. Depending on the quality of the guys. I had a game a while ago where the two full-backs ended up playing as the 9 and 10. But that doesn't mean I don't like people like Samuel and Chiellini, born defenders."

He also says he has a two-year deal with PSG's under-19s but that he is keen to take over the first team. "I have nothing against Tuchel but my goal is to be on the bench for the first team," he says.

The former midfielder also says Ancelotti is a reference as he had a perfect blend of tactics, personality, preperation, psychology and human relations. 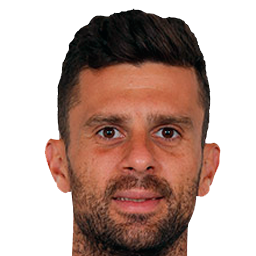