Kolarov on Roma fans: "They haven't got a clue..."

The Giallorossi defender gave a surprising press conference ahead of the visit of Real Madrid: "I like tennis and basketball but I don't offer tactical advice."

Roma defender Aleksandar Kolarov responded to recent criticism of Eusebio Di Francesco’s side with a straightforward answer in his pre-match press conference ahead of the Champions League visit of Real Madrid, describing supporters of I Giallorossi as “not having a clue.”

When a reporter noted that Roma fans are unhappy with performances this season – Di Francesco’s side sit seventh in Serie A after a 1-0 loss to Udinese at the weekend – and asked if Kolarov could promise them anything from the Madrid game, the Serbia international responded: “I don’t have to promise anything to anybody, only to myself in terms of working hard and giving everything, and that’s what I’ve always done since I started playing football. The fans have the right to be annoyed, we respect that, but they must be conscious of the fact they know nothing about football. I like tennis and basketball, I have played both since I was a kid, and I get angry when my team loses, but I would never offer tactical advice because I have no idea about it. It’s a general problem, fans of every team should understand that.”

Kolarov: "Nobody plays not to win"

After Roma’s 3-0 defeat to Madrid in the return fixture, Kolarov said that his side “did not display the level that of the Roma side that play in the Champions League. Here they will be the away side and we need to start strongly to win the game.”

Kolarov also denied that Roma have been complacent in Serie A and flatly refuted the idea that Di Francesco’s players had lost the desire to win. “I have never lost it and the same is true of the rest of the dressing room. You can lose a game, that’s normal, but nobody plays not to win. On Saturday Udinese had one shot on target and sometimes games don’t go as you expected. We are aware that we are not in a great moment but it at times like this when you see men stand up more than players, and we have a lot of them. As men we have the hunger to win tomorrow and in the following games.” 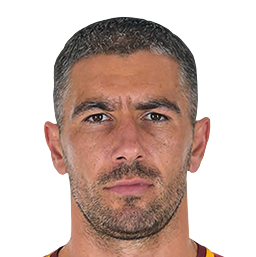 Footballers who have played for both Roma and Real Madrid