Having failed to recapture his best form since returning to Borussia Dortmund in 2014, Shinji Kagawa is now aiming to test himself in Spain.

Shinji Kagawa is eager to leave Borussia Dortmund due to a lack of playing time and hopes to secure a move to LaLiga.

Dortmund are enjoying a fine season and sit comfortably at the top of the Bundesliga with 30 points from 12 matches and are yet to lose in the top flight.

Some of the team's more experienced individuals have found playing time difficult to come by as a result, with Mario Gotze featuring just five times in the league and Kagawa playing only twice.

Since returning from a somewhat underwhelming two-year spell with Manchester United in 2014, Kagawa has struggled for consistency, and it appears his time is coming to a close as he eyes a move to Spain.

"I want to solve the current situation as soon as possible," the 29-year-old Japan international told Nikkan Sports.  "One way is to change the team. I want to change the environment and challenge.

"I have played in Dortmund and Manchester United, no matter what country I go to, I will not be afraid. I have always been thinking about how I can go to Spain in the last couple of years. I can't retire without going to Spain. This is the most important challenge in my career." 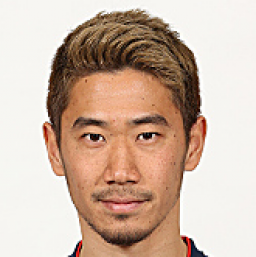