David Villa has teamed up with fellow 2010 World Cup winner Andrés Iniesta at Vissel Kobe, the Japanese club have confirmed.

The 36-year-old Spaniard, who recently announced his decision to leave New York City after four and a half years in Major League Soccer, is to move to Japan ahead of the 2019 J.League season, which begins in February.

"By adding Villa to its roster, Vissel Kobe aims to build on the foundation laid with the additions of Lukas Podolski and Andrés Iniesta, as it takes another step towards the club’s goal of becoming the number one club in Asia," Vissel said on Saturday.

Villa and Iniesta: team-mates for Spain and Barcelona

Aside from playing together for Spain, Villa and Iniesta shared a dressing room at Barcelona for three years before the striker left for Atlético Madrid in 2013. After one season at Atlético, in which he won LaLiga and played in the Champions League final against Real Madrid, Villa joined New York City in summer 2014.

Capped 98 times by Spain, Villa is his country's all-time highest scorer with 56 goals, and becomes the third member of La Roja's World Cup-winning squad to be plying his trade in the J.League, with Fernando Torres also in Japan at Sagan Tosu.

"The time has come to leave New York City," Villa said in a video message posted on YouTube on Wednesday. "I feel it is now, my contract is over, I understand that the club is interested in keeping me on, but this was my first choice. The explanation is complicated, I feel that a stage has ended and I have to look for new challenges.” 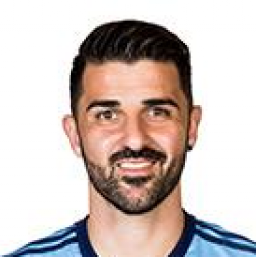