One of the best young talents in world football, Rodrygo confirmed he will join his compatriot Vinicius at Real Madrid next summer as agreed.

Brazilian starlet Rodrygo, whom Real Madrid signed from Santos for 40 million euros in June, has confirmed he will join the LaLiga giants in July 2019 as per the agreement made between the two clubs.

"It is correct that I will go in July, there is an agreement between Madrid and Santos and I do not think there is any possibility to go before,” he told Brazil’s Gazeta Esportiva.

At just 17 years old, Rodrygo has already played 57 games as a professional, scoring 12 goals. He is considered one of the brightest young talents in world football and on Monday finished fourth in line for the Kopa Trophy (awarded to the young player of the year) at the Ballon d’Or gala in Paris.

Rodrygo not thinking too much about Madrid move just yet

The young Brazilian also took the opportunity to defend his future club against the criticism they have received in the Brazilian press for their poor start to the season, and warned their critics not to write them off so soon.

“Real Madrid did not start well in the last three years, but were a three-time winner of the Champions League. You can’t doubt Real Madrid and you shouldn’t talk too soon,” he said.

Although he added that he is not thinking too much about his move to Real Madrid next summer and is concentrating on starting next season well with Santos, who finished 10th in this year's Serie A in Brazil.

“I’m thinking much about it yet, I have my mind here and I want to continue to stand out with Santos,” he said.

Before the 2019 Serie A campaign begins with Santos, Real Madrid have agreed to allow Rodrygo to take part in the 2019 South American U-20 Championship, which takes place in Chile from January 17 to February 19. The LaLiga club, however, will not allow Rodrygo’s compatriot and soon-to-be team mate, Vinicius, to represent his country in the underage tournament. 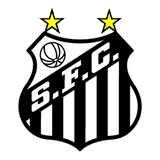